Top Run is an endless runner. Also a platformer. Also a shooter. It's a unique take on endless runners in the style of 80's. Play as Kevin and his dog Buddy and make your way through the neon city full of dangerous enemies. And most importantly, it's a completely honest mobile game. No pay-to-win, no premium currencies, it's all about skill and fun.

Top Run is our very first game. We've started developing it with absolutely no experience in game development, so it was a long road - precisely, 1.5 years to finish it. We've funded development ourselves and we don't see Top Run as a commercial project. It's not just a game, it's our way from regular boring jobs to being game developers. We've put our hearts and souls into every pixel in it - and that's what people love it for. In February 2020, thanks to awesome guys at Fantastico Studio, Top Run got released for Nintendo Switch, Xbox One, PS4 and Steam. 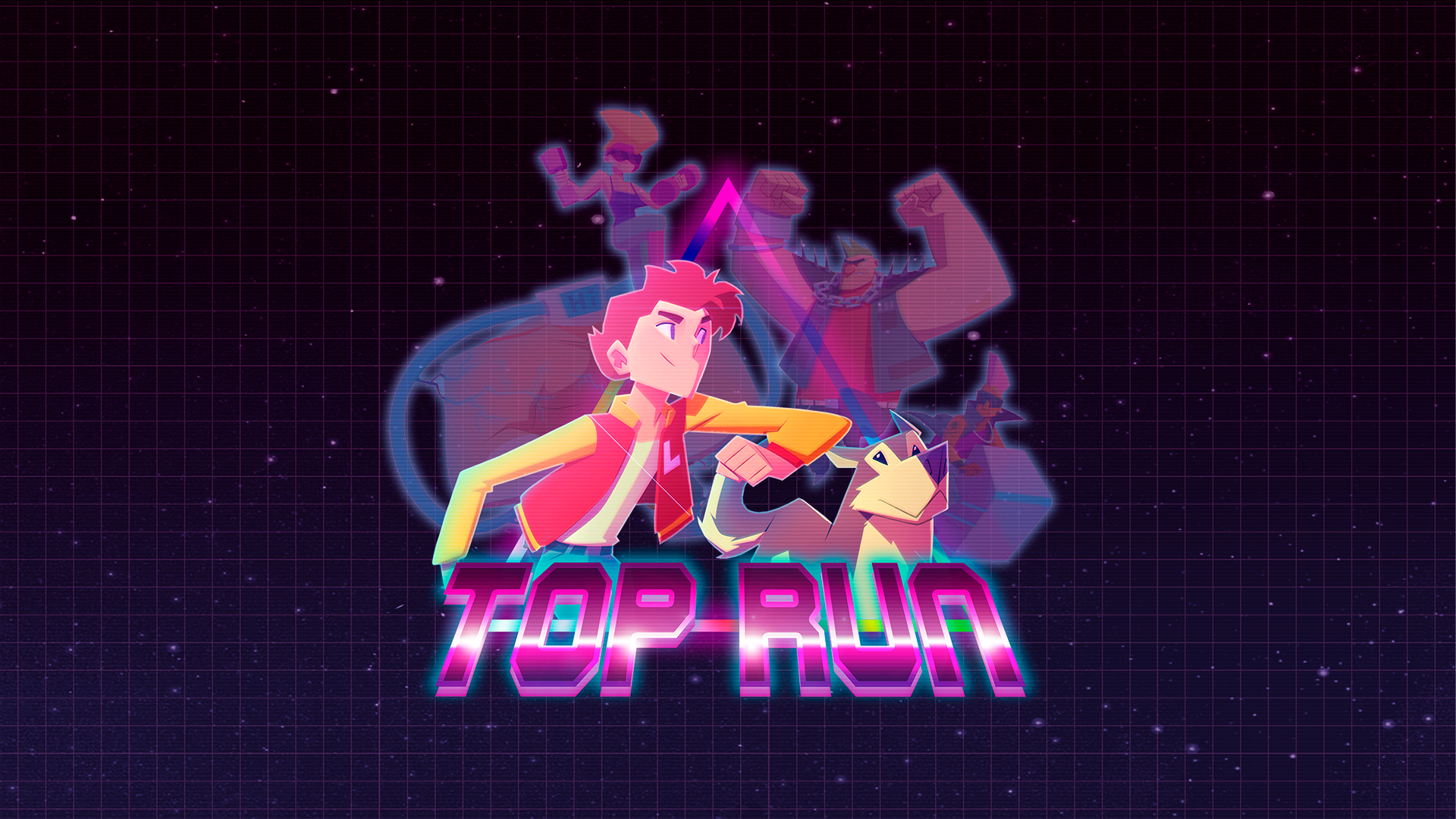 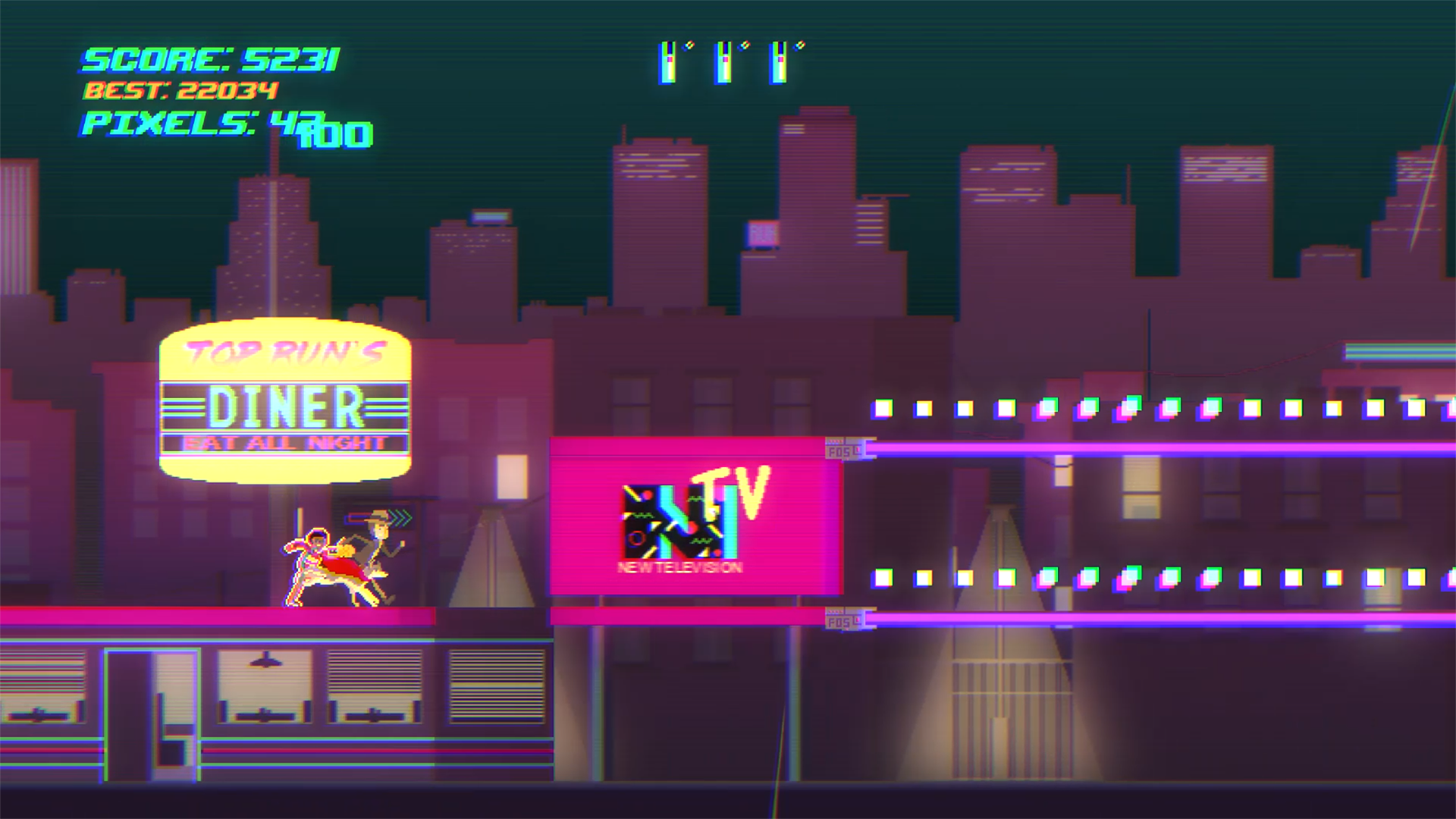 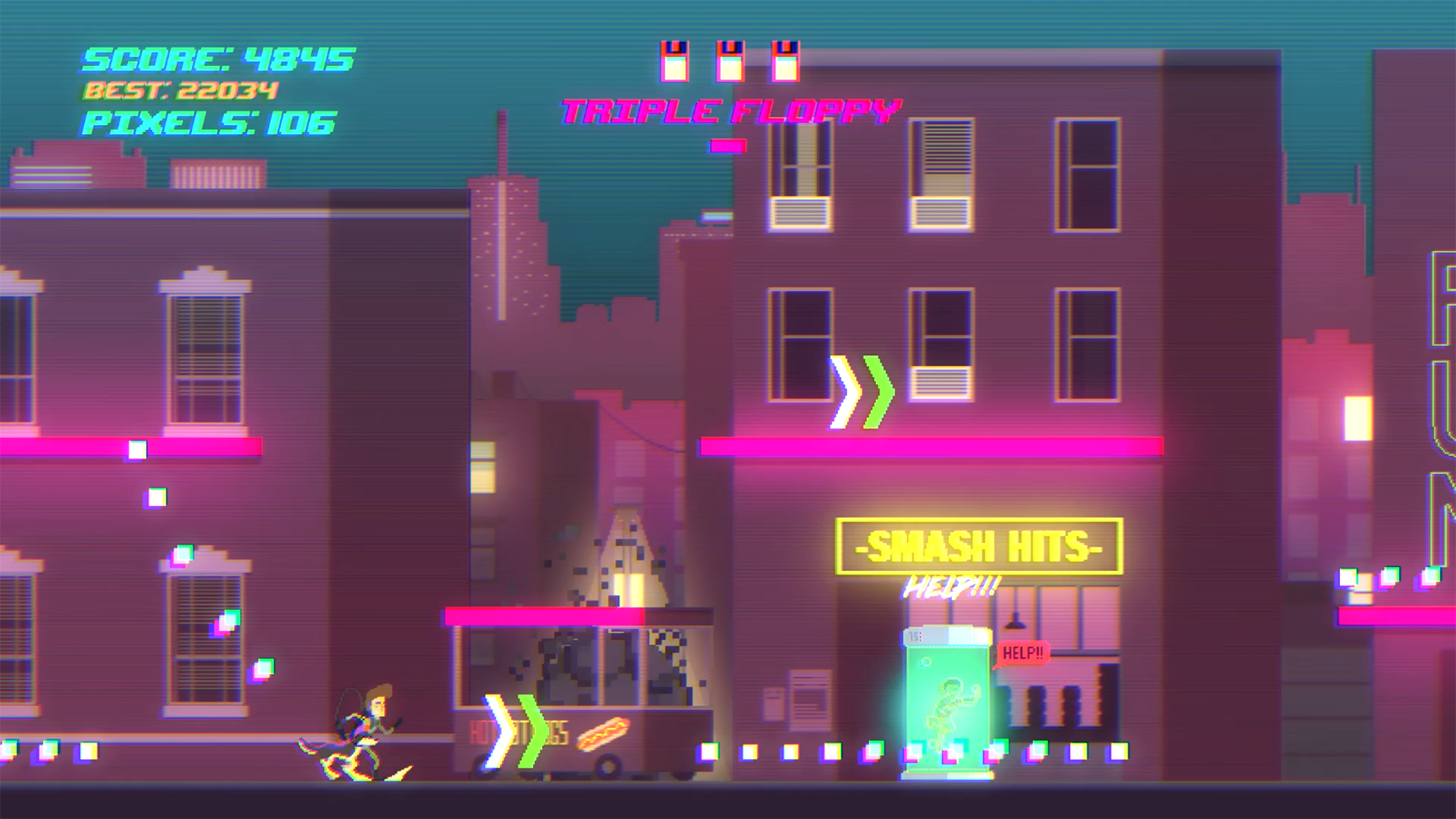 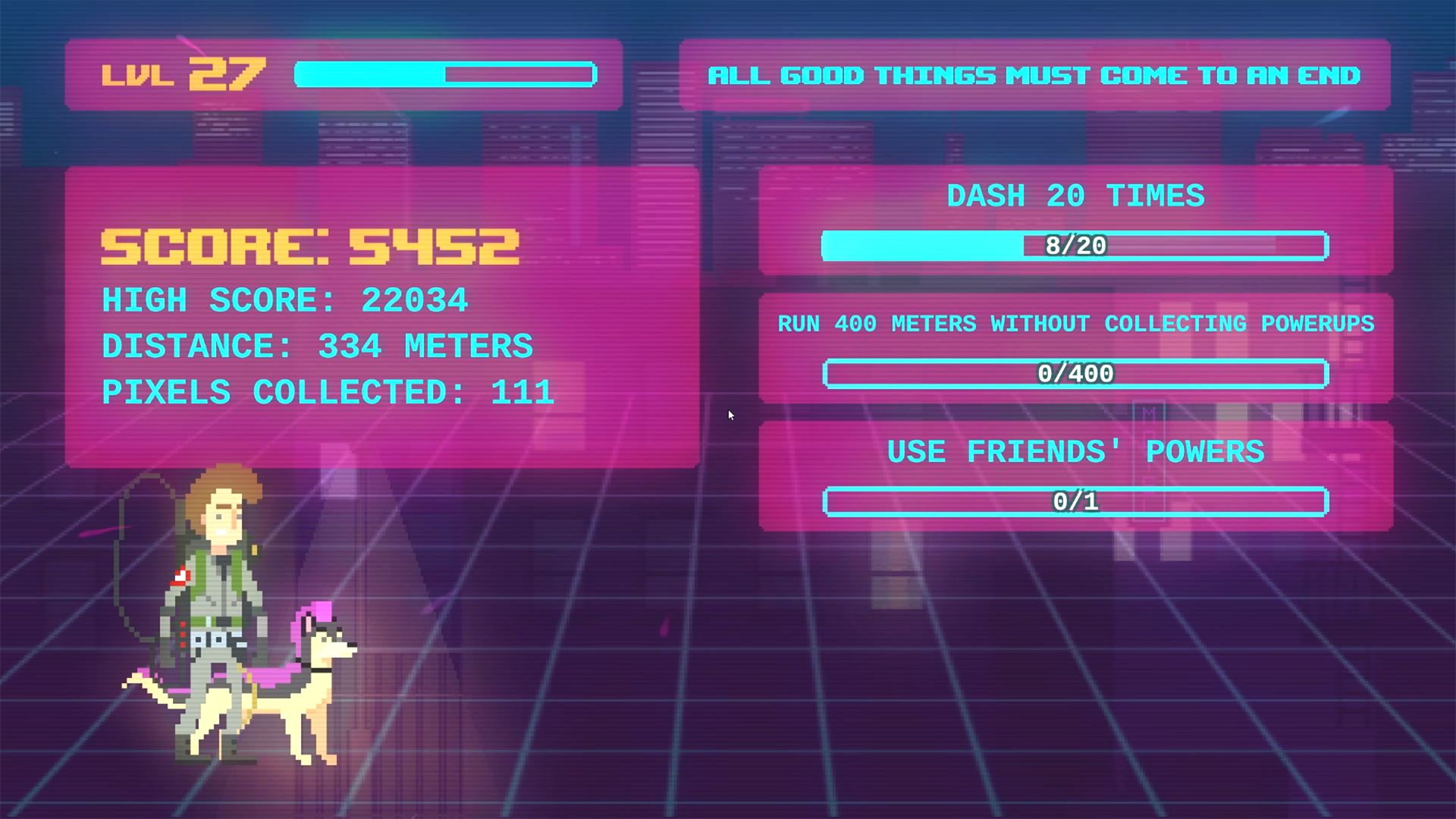 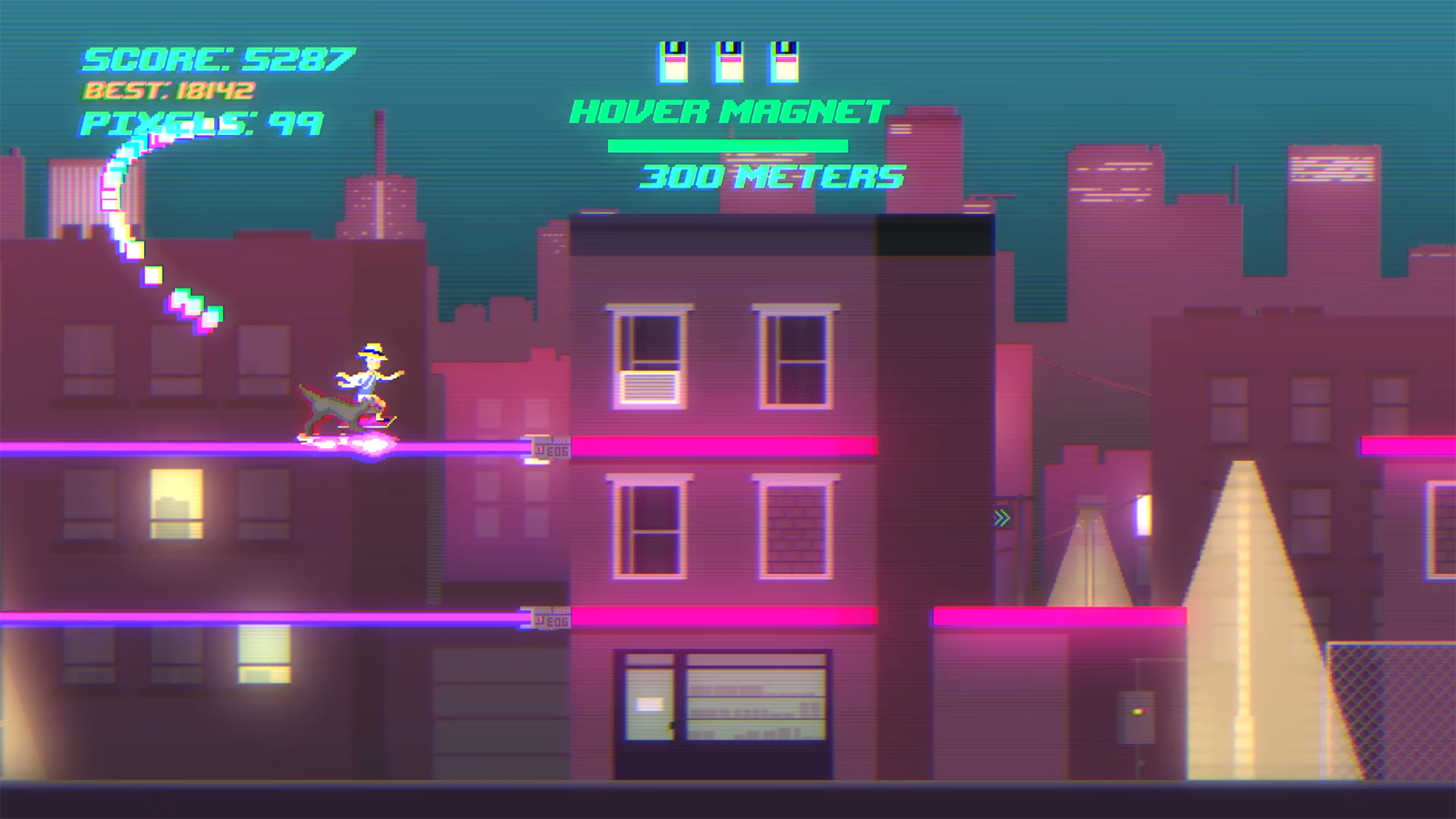 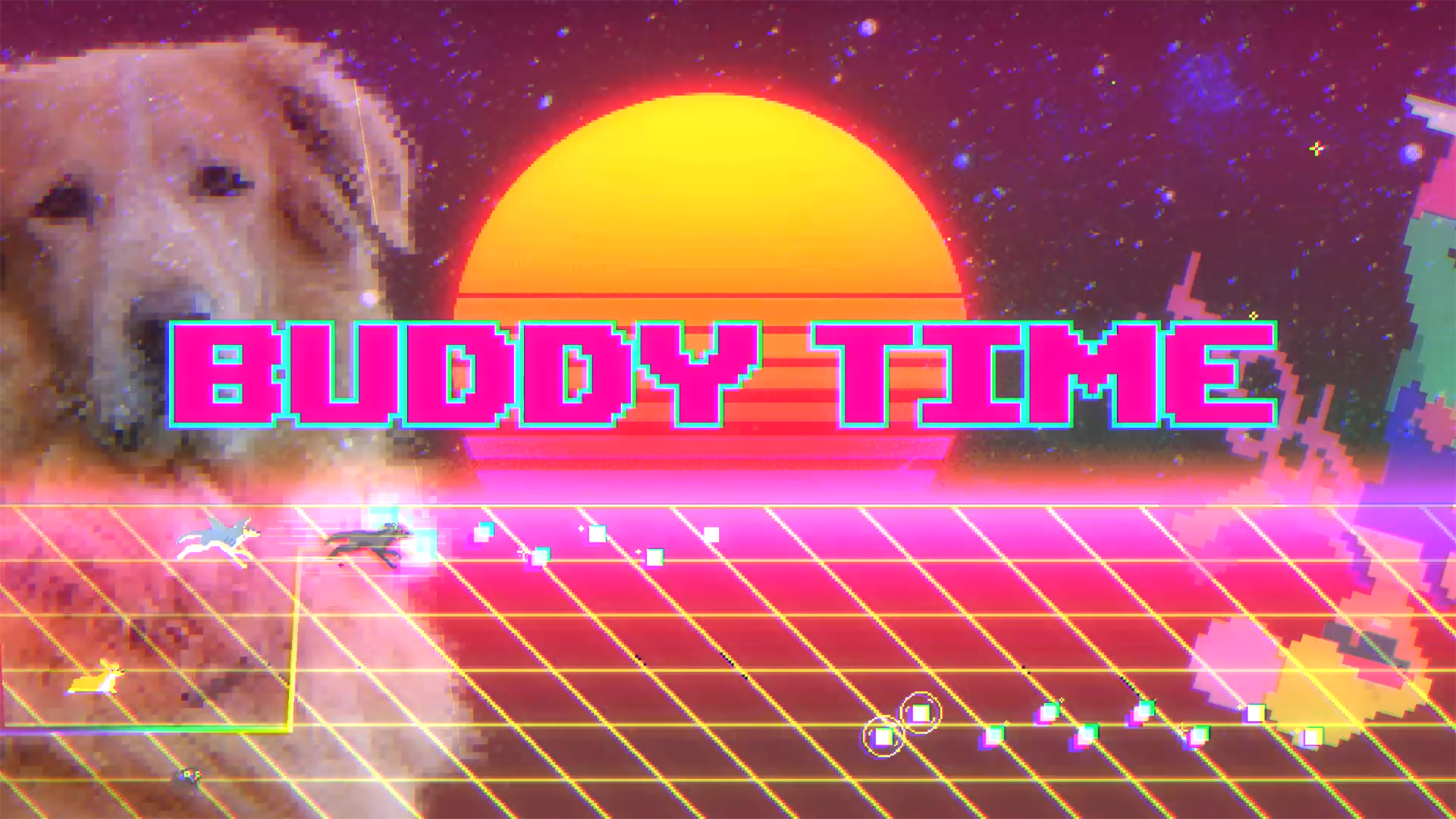 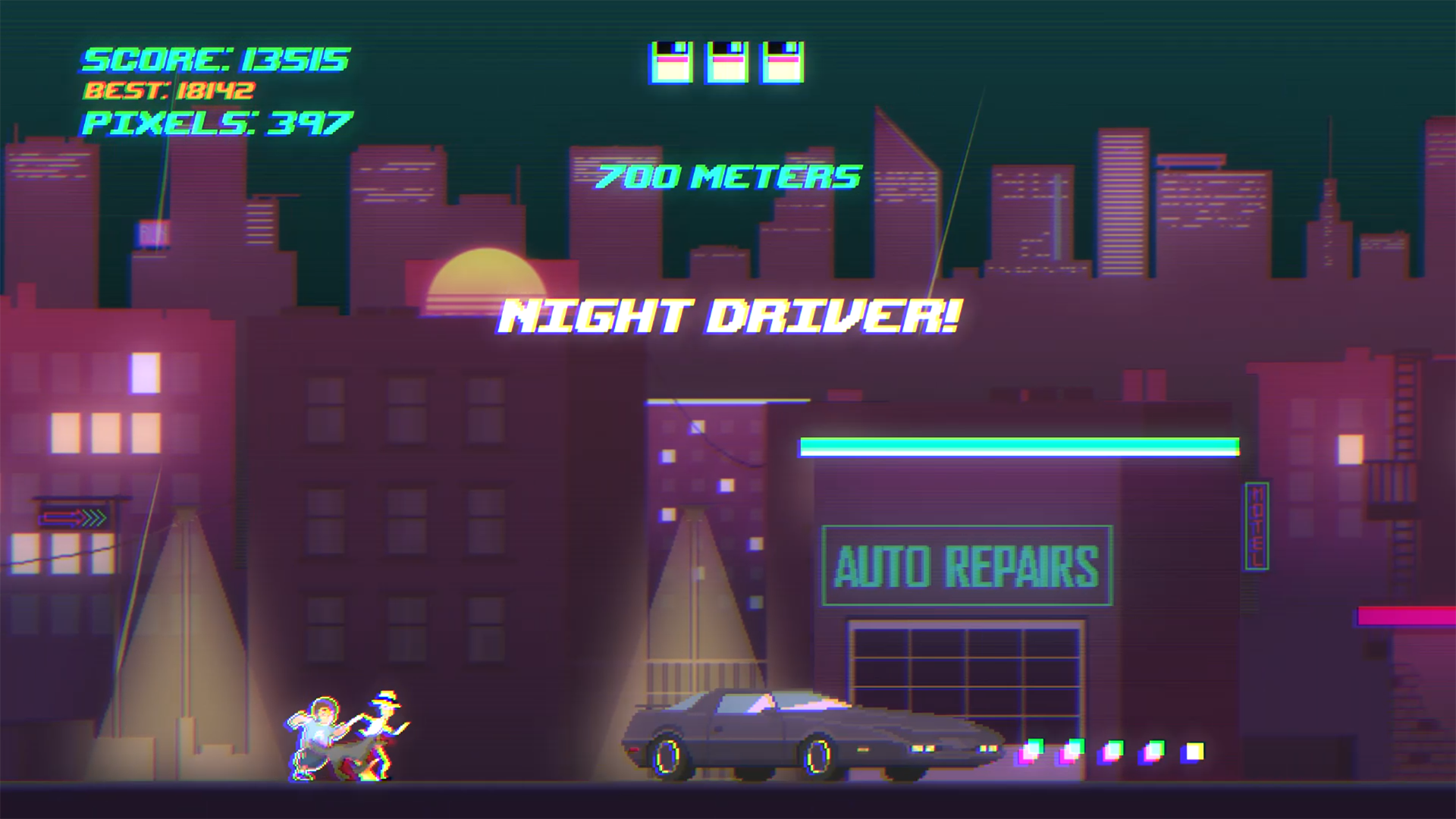 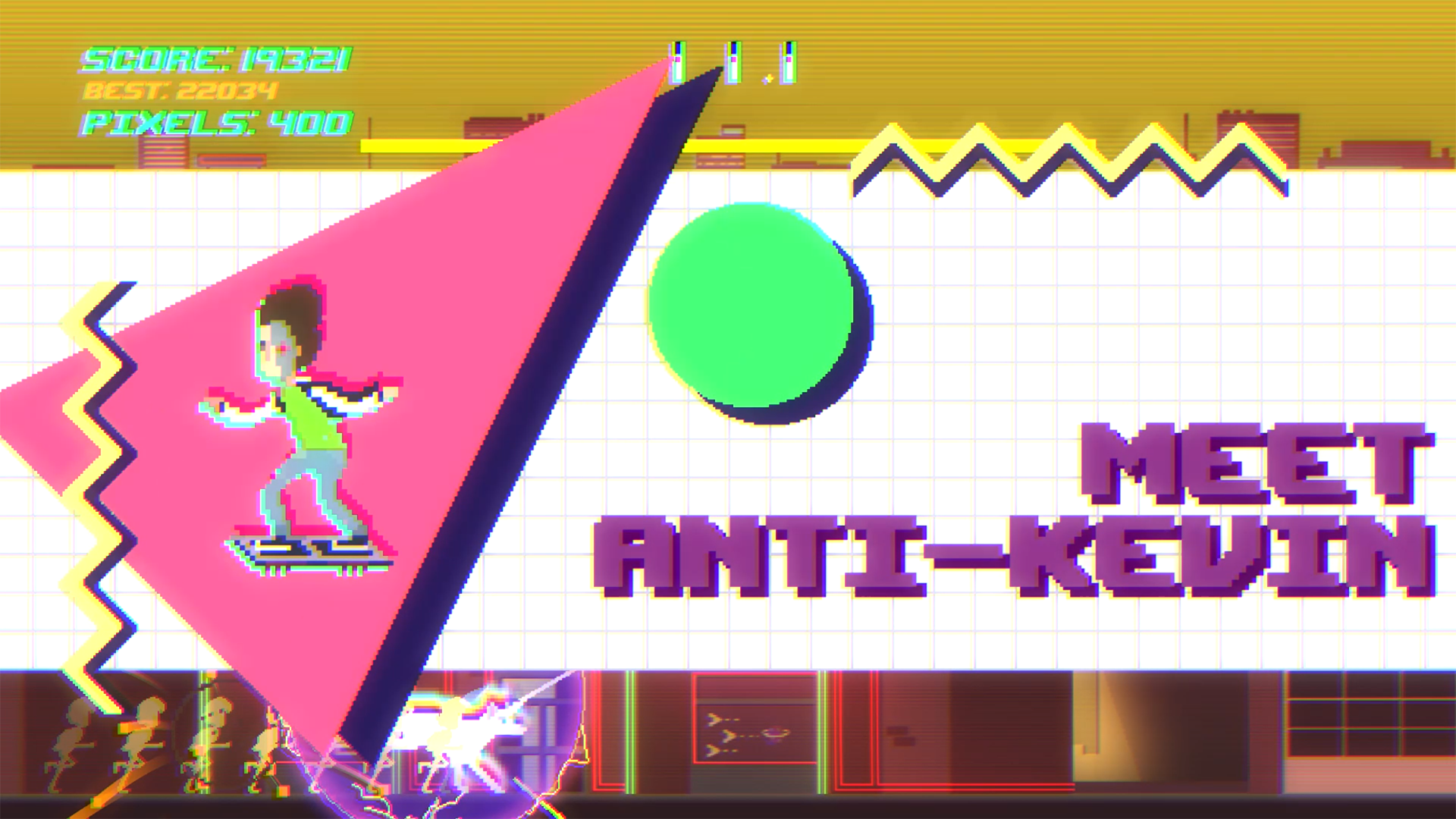 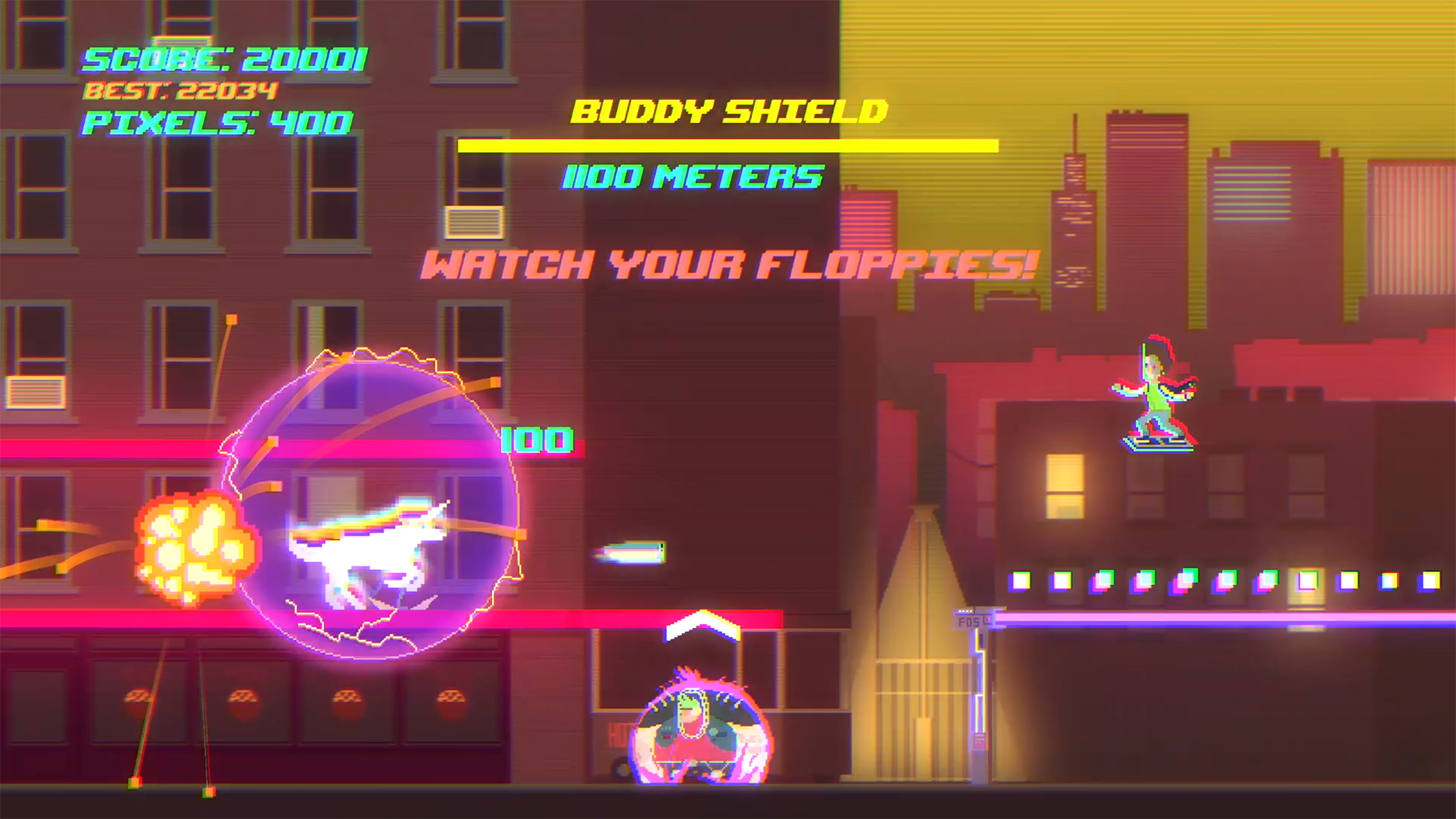 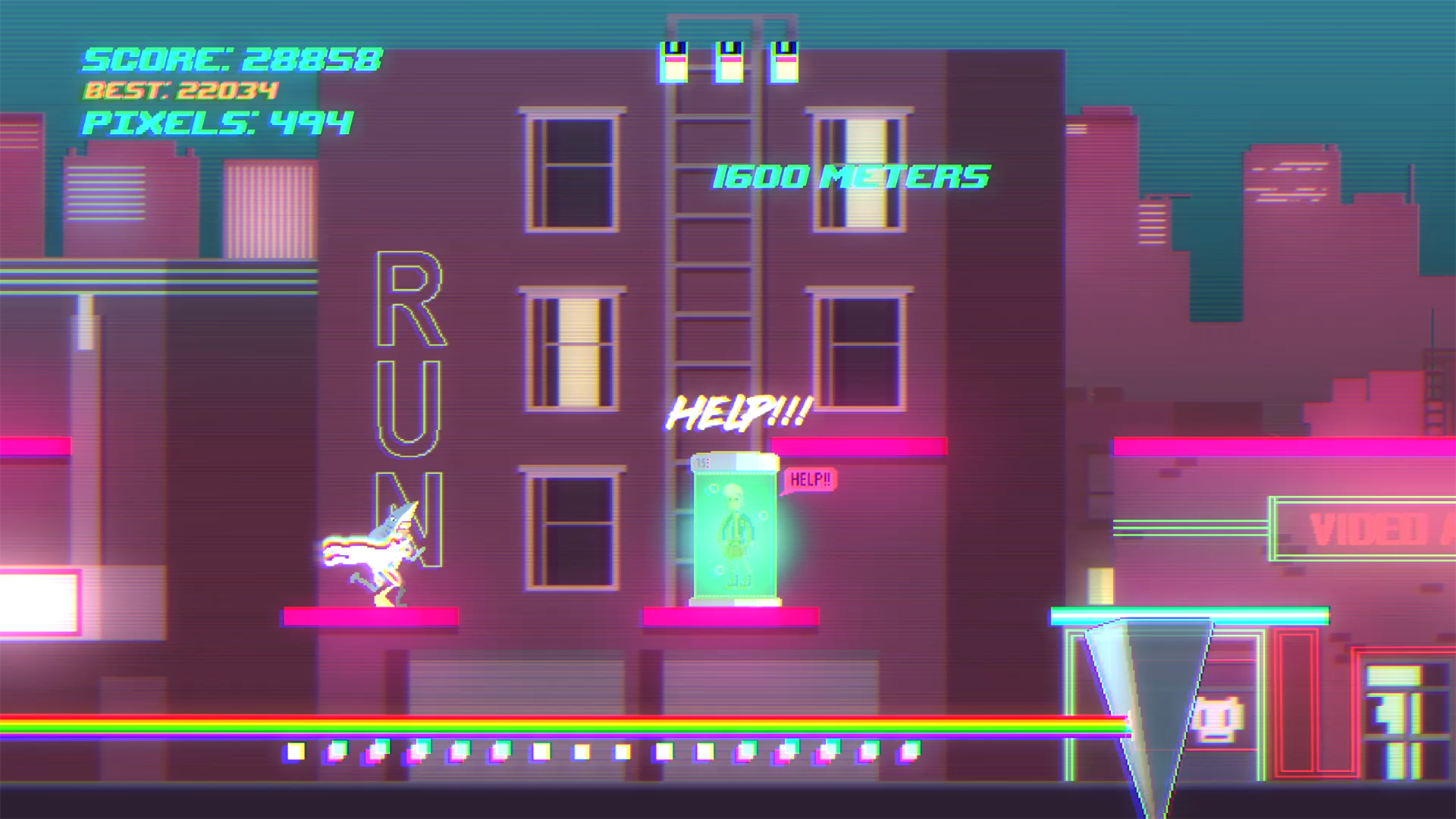 Katata Games allows for the contents of Top Run to be published through video broadcasting services for any commercial or non-commercial purposes. Monetization of videos created containing assets from Top Run is legally & explicitly allowed by Katata Games. This permission can be found in writing at https://katata.games/press/top-run.

Our amazing publishers for all console and Steam versions of Top Run https://fantasticostudio.it.

Behind-the-scenes stories on how Top Run was created https://katata.games/blog.

Katata Games was formed on November 7th, 2017. At least, that's when we've thought of the name and came up with the logo. We've actually started working on our first game 4 months before that. There are three of us: Lena and Mark Tityuk (we're a family) and our CEO, Schintzel the Cat (he's also family). What does "Katata" mean? To us, it means "cat". To anyone else, we want it to mean "quality games". To prove that, we've released Top Run to a good reception by public.

Lena Tityuk
Lead (and only) Artist